Some topics are so difficult to speak and write that I feel like a 2-year-old kid who is not able to express his feelings in complete sentences. In this blog post, I am actually stuck up like that. Why? Just read along you will get the answer. The place which I am going to talk about is known to stimulate the carnal desires with the very sight. But one thing confuses me, if ‘Sex’ which is kind of offensive to speak about even among adults in India, How come it is so explicitly carved in sculptures and displayed to the world in full detail. By now you must have got a hint that I am talking about a place which has the erotic sculptures. So let’s take a step further and dig deeper to know the secret of the vandalized temples of Khajuraho in Madhya Pradesh.

It is back in 1839 that Captain TS Burt, an engineer of British East India Company, stumbled on some massive stone blocks within the deep dense forest of Madhya Pradesh. The place had become the domicile of various wild animals and reptiles. He became inquisitive to discover each realm of the place but little did he know that the sight would be like the blow which will wind him off. Next day, he brought along his men to clear the thicket, though none of them was prepared to see something out of this world in the forest core. They explored the area of 9 square miles which was lying abandoned from years and had 85 wrecked temples with sculptures oozing with the enigma of sexuality.

One of many enormous, gracious and fascinating temple of Khajuraho – Image Source

The Chandela Dynasty which ruled for 1000 years built these temples and they were believed to belong to Tantric Vamachara. That time when the temples were not built many of the Hindu young warriors were adopting celibacy and becoming a Buddhist monk. The Chandelas, therefore, took a bold step and built 85 Hindu Temple with sensual stone statues depicting heavenly honeymoon with candor. This was to encourage the warriors to get into ‘grihastha’ in which ‘Kama’ is also a vital part. It was the endeavor to shun away a potential yogi.

The Saga of Lust

The chronicle relating to the emergence of Khajuraho temples says that these temples were built for an exceptionally beautiful woman Hemvati. One full moon night, when this 16-year-old Brahmin widow was bathing in a lotus pond, the moon was so mesmerized by her beauty that he descended to earth to meet her. Hemvati was also smitten by the charm of the moon who took the form of a handsome prince to seduce her. Hemvati conceived while the moon returned to heaven.

As guided by the moon, she fled from her home in Benaras and went to a forest of Khajurs to give birth to the child. The child being out of the wedlock, Hemvati asked moon about the fate of her son, to which Moon prophesized that he would be the King of Khujaraho. 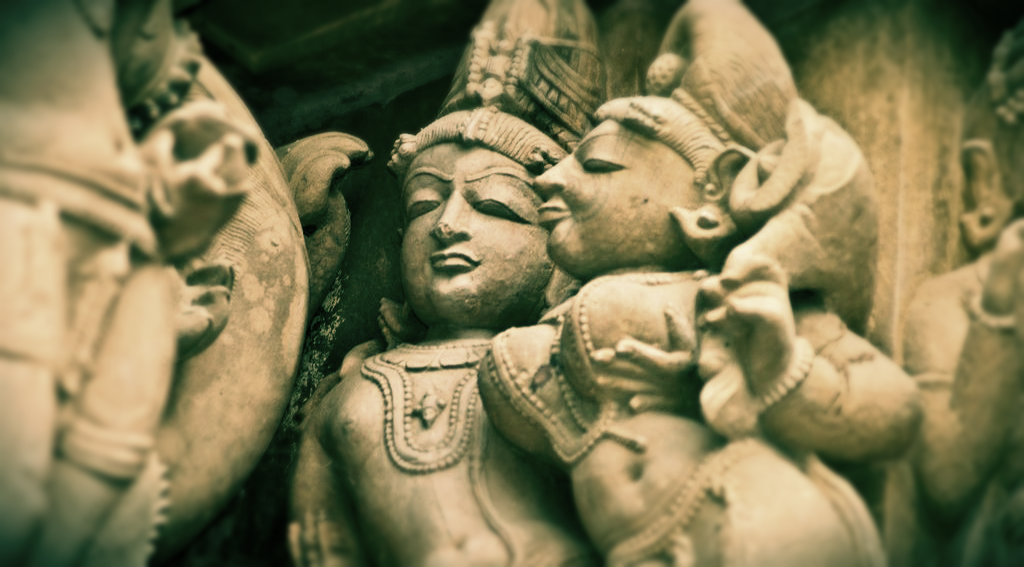 Rising beyond the Sexual Appetite

When you visit the famous Khajuraho temple you will realize that less than 15% of the carved sculptures are actually sexual while others depict other aspects of life. But as well said by our elders, we get attracted to those things which are denied. Thus, what is more in the picture are these erotic sculptures. Though, Vamachara Tantric which the Chandelas were, have made these art forms this way with double entendre. The deeper goal was to guide a way to achieve cosmic consciousness which I think only few would understand. This message is quite clear with the fact that none of the erogenous sculptures are inside the temple, all are placed outside. 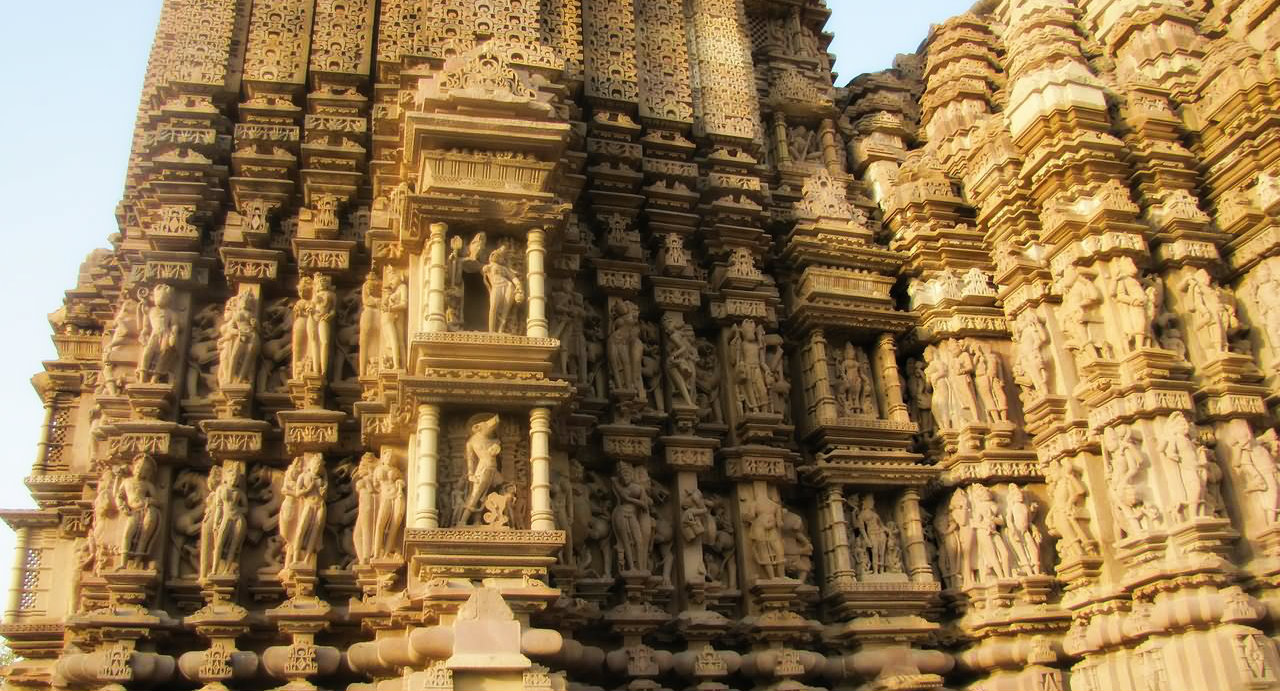 I wonder when the relics have so much magnetism, what charm would have been seeing the original Khajuraho would have. We are now left to fill in the blanks ourselves with our imagination. Nature, Mughals and our own countrymen play a major role in ripping-off the beauty of this place. You will be shocked to know that till 70’s people were allowed to take the stones and sculptures of Khajuraho with them.

No wonder people of the nearby village have built their homes with the stones and sculptures of the place. But don’t be disheartened the place still has 22 temples which stand high till date to seduce your eyes and soul.

Do tell me which of the tale behind the temple architecture & carvings of Khajuraho you related after being the part of the aroused journey.