Let me take you to a city which is one of my favourite destinations, the magnetism pulls me again and again as if I have some unfinished business there. Yes, this destination unveils some new chapters every time I visit. And this time it is the special place in the city which is abandoned yet intoxicating. It seems to be the part of some other civilisation,  but now it is taken back by the forest as its own. However, the relics hidden in the God’s own abode, Rishikesh, have been enticing its aficionados to cross the boundaries and reach Chaurasi Kutiya, also known as a Maharishi Mahesh Yogi Ashram or The Beatles Ashram.

Travelling in the time capsule back in 1968, when Rishikesh was in the world news headline. Fab Four landed into the city and headed towards the Chaurasi Kutiya. Who were these fab four and why did they come here? Let me help you with this puzzle. Paul McCartney, John Lennon, George Harrison and Ringo Starr, also known as “The Beatles” came to get out of the curse of LSD by diving deep into transcendental meditation at the divine ashram of Maharishi Mahesh Yogi. The celestial aura was such that they wrote over 40 songs of the “White Album” during their stay there. Since then Chaurasi Kuttiya is also known as Beatles Ashram.

The year 1997 saw the sad demise of the place as it was abandoned by Maharishi Mahesh Yogi because the lease he took for the land lease terms expired. The ashram is still there and it is one of its kinds.

There are rumours that the Beatles left early than the period they were required to stay as some say that Maharishi Mahesh demanded money from them and some say they were upset seeing his sexual advancement towards the female followers. As it is said there are no fumes without fire, Lennon has mentioned in his book ‘Lennon Remembers’ about his odd behaviour towards women which disillusioned Beatles faith towards him. But is it truth or myth or just a confusion of Beatles, it is hard to say as McCartney and Harrison mended their relation with Maharishi after finding him innocent.

However, it is hard to digest that Maharishi Mahesh Yogi being such an influential person at that time did not renew the lease which was getting over in 1981. It is also said that even before lease got over Maharishi moved to Switzerland, then to Italy, followed by Austria and finally to the Netherlands, abandoning the ashram which he visioned.

When you reach the gates of the Ashram, one of the ashram building is visible from there itself and it seems the remnants are yelling the seekers to restore it. As you enter, the ashram requires a little bit of trekking which is steep but you would not mind walking, for the track holds some enigmatic domes. There are 84 mysterious domes all over the ashram hence the ashram was named Chaurasi Kutiya. 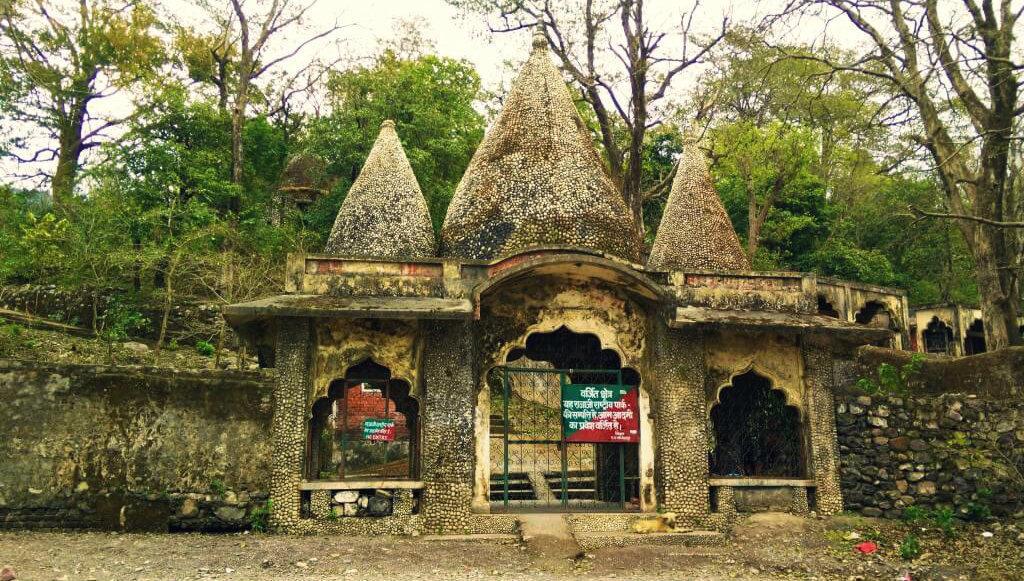 Being the follower of “The Ancient Aliens” series on the history channel, I felt some supernatural link with the domes. These mysterious domes embellished with the small pebbles from the river are known as magic eggs. If you meditate inside the eggs, it is believed to take you to the higher realms. Maybe this was the reason ‘The Beatles’ were attracted to the place as the paranormal energy inbuilt here aided them in reaching the higher realm without the support of LSD.

The domes to my disbelief had two floors and a toilet with modern facilities and offered a pleasant view of forest and mountains. As I walked on the path peppered with domes, I came across the dome number 9 which is deemed to be the place where Lennon meditated. One thing which I have not told you yet is all the domes and the buildings inside the ashram are covered by interesting and erratic graffiti. Though the domes don’t have as much artwork as other main buildings have, but still you can be bowled over by the creativity. Just be cautious in climbing the stairs of domes. 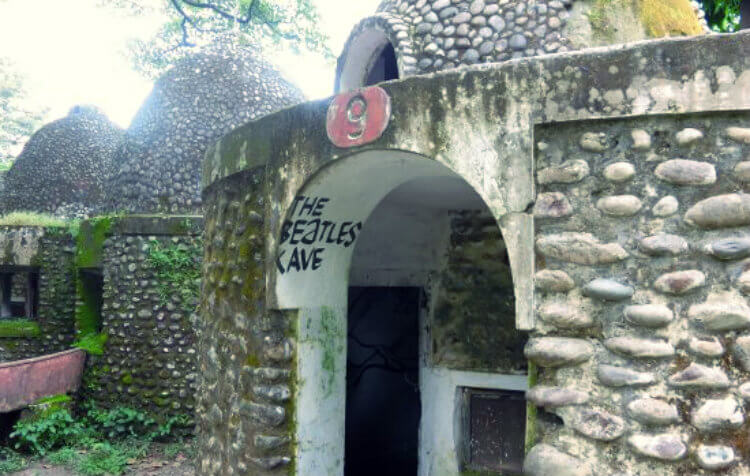 As the bird gives life to the baby and aids it out of the egg with continuous insulation, I was also kind of revived inside out after seeing plenty of the stone covered eggs engulfed by the forest. Some things just stimulate your senses in a sphinx-like way. The inexplicable air just magnetised me to see the baffling main building visible from the main entrance, the dormitory. Oh My God! What a beauty. The building may be old and not in good shape but the stories which different graffiti tell will sweep you away.

Moving to the Beatles Cathedral, one of the lecture halls you will feel the cock-a-hoop being here. The kaleidoscopic graffiti will leave you in awe wondering the twigs, weeds and bushes which you just crossed to reach here are protecting this. You see the fab four, Dalai Lama and many other religious figures stroked with brushes on the wall.

Walking past the cathedrals I walked into one of the two Ziggurat, the building with four floors and many meditation rooms. Apart from the synergy, it was the unique artwork which followed everywhere in this ashram and it is hard to find the original graffiti made by the foursome. Walking past the captivating artwork I reached terrace and saw the two mystifying eggs. Just enter the egg and feel the reverberation of your thoughts.

The second ziggurat is as enigmatic as other with the pebble work which speaks volumes of hard work put in constructing it. The passage which leads to the rooms were more spooky and ghostly. I didn’t want to go more deep into that, though it may have enlightened many of the souls in the past.

Coming back to the world of white and black lies, I thought how much effort the foreign cathedral group of Pan Trinity Das is putting to make this place a fountainhead of peace, music, art and love; in lieu of some Indians who just scribble their names on the artwork or add their love proposal over it. This is really saddening and it makes me think that whether actually this ashram should be renovated for public or kept in the veils of forest for only a few people to visit? History is not just to read but to feel, but what if the very feeling is eroded? Tell me if you get an answer.

This ashram stirred in me many feelings; I still wonder the secret behind the egg shape or the messages told by different graffiti. One message which I cannot take out of my mind, “On April 25th 2013, 13 people gathered to experience an awakening of pure light and love under the full moon eclipse telepathy was experienced and an unconscious promise was made to spread the joy on this plain and beyond”. Telepathy? One more taboo which needs to revealed.

How to reach Chaurasi Kutiya – Rishikesh

Chaurasi Kutiya or Beatles Ashram is located in Rishikesh. Tapovan is the area where you can visit most of the places and Chaurasi Kutiya is based near Ram Jhula. Parmarth Ashram is the nearest landmark.

Rishikesh does not have direct rail connectivity. You can get down at Haridwar or at Dehradun. There are frequent buses and cab facilities available.

The regular buses from Delhi ISBT Kashmiri Gate which will drop you at Rishikesh.

Nearest airport to reach Rishikesh is Jolly Grant Airport which is located in Dehradun.