“Gar firdaus, ruhe zamin ast, hamin asto, hamin asto, hamin asto”. Floating in Dal Lake in one of the houseboat, you cannot escape the charisma of heavenly Kashmir and you may also end up saying the beautiful lines which Mughal Emperor Jahangir once said. I feel Mughals have some special vinculum with heaven that is why in many of their architecture wonders they have recreated a reminder of Paradise, Charbagh. Maybe till now, you may have been beguiled by many of such gardens but after knowing the deeper meaning visiting those monuments may have a different charm altogether. 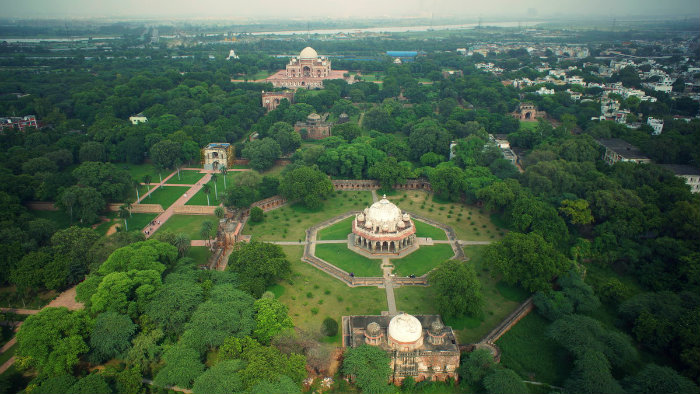 Architectural wonders ahead of its time and narrating a deep meaning by pulling a spiritual chord. Image Source

According to the Holy scripture, the garden of utopia has rivers of water, milk, wine and honey and the garden has trees which are laden with all kinds of fruits and grace from the Almighty. Elucidating as a reminder of paradise, Charbagh is segregated in four quadrants through the flowing water and pathways with a fountain which symbolizes the spring of life at the centre. In Charbagh, water and shade are pivotal elements as it is based on Persian Architecture and in Persia water was scarce. Thus gardens were like the oasis of life just like the promised land of the sovereign ruler of the world. Factually, Charbagh is an exhibition of genius geometry through the usage of the square, circles and an octagon which is augmented by green vistas cool arcades and fountains.

Creating the first replica of the seventh heaven in India

Babur, the first emperor of Mughal Empire was the one who built the first Persian garden in Charbagh style in India, five kilometres away from Agra on the banks of the River Yamuna. This garden is known as Aram Bagh/Ram Bagh or Bagh-i Nur Afshan and though it is not completely a Charbagh, it resembles the architecture of waterways and shade. Admiringly, even when Mughals shifted their capital from Agra to Delhi the garden was still maintained at its best. But the next Charbagh made in India did not have the similar fate.

The successors of Barbur continued the legacy of Charbagh but now the garden of paradise was associated with tombs and Humayun tomb was the first in the row. When I went to the Humayun’s Tomb for the first time I did not know the truth behind this beautiful architecture still I was mesmerized seeing the gem garlanded by the marvellous garden. But after knowing the profound reason of the intelligent placement of the mausoleum in the centre where the pleasure pavilion existed in the original Persian Islamic architecture, I was awed by the quintessence. Just imagine, in front of your eyes is the reminder of paradise and in the centre, the Mughals are resting as if they have achieved salvation in the laps of eternity. Isn’t it truly virtuous on part of Akbar who commissioned this tomb for his father? But then Akbar was not the only one, even his grandson recreated a marvel in Charbagh, the Reminder of Paradise. 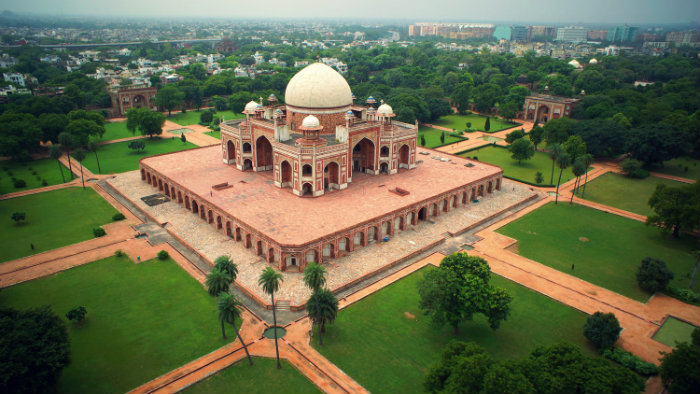 A masterpiece erected within the masterpiece – The Reminder of Paradise, Charbagh         Image Source

Adding the silver lining to the wonder

Taj Mahal which entombs Mumtaz Mahal, the inamorata of Emperor Shah Jahan, has always been revered as the entrancing trail of love that has taken a shape of a phenomenal monument, making their love eternal. What a wonderful interpretation of a husband for his beloved’s afterlife as he places her tomb overlooking River Yamuna on one side and Charbagh which is the reminder of paradise on the other. Now, as it is said the pen is mightier than the sword and akin to this powerful widget that is incomplete without its cap, Taj Mahal also seems to me curtailed without its heavenly gardens. Rabindranath Tagore called this monument as a tear-drop on the cheek of time now I understand the deeper meaning of that. Taj Mahal is the teardrop glazing with sheen and purity while the cheek of time is Charbagh where the soul gets its elixir. 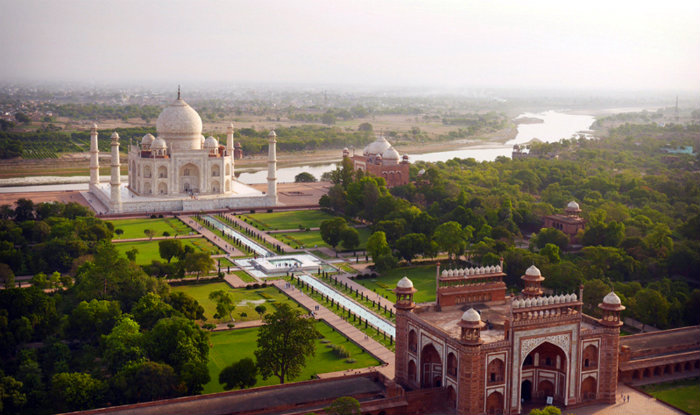 Like the two yellow/white parallel lines running on the road never meet, heaven and this materialistic world has no intersection and no meeting point. But there are few places which make this impossible happen; Charbagh is that slice of heaven. Life flows away just like dust and so do the reminiscence of the person but hats off to the Mughal Empire that has not only engendered various glorified tombs but also given us a sweet reminder of paradise.