“Twenty years from now you will be more disappointed by the things that you didn’t do than by the ones you did do. So throw off the bowlines. Sail away from the safe harbour. Catch the trade winds in your sails. Explore. Dream. Discover.” These beautiful words by Mark Twain truly explain the spirit of shaping Mumbai to what it is now than what it was in history. No, I am not telling you about the time when Butter meant ‘Polson Butter’ or the flavoured milk, ‘Energee’, from Aarey Dairy was drooled by one and all, making it greater than the big soft drink brands combined. I think your parents and grandparents would love to tell the story about that. I would take you way back and tell you about the chronicles of the seven islands that transformed into the dream city, Mumbai. 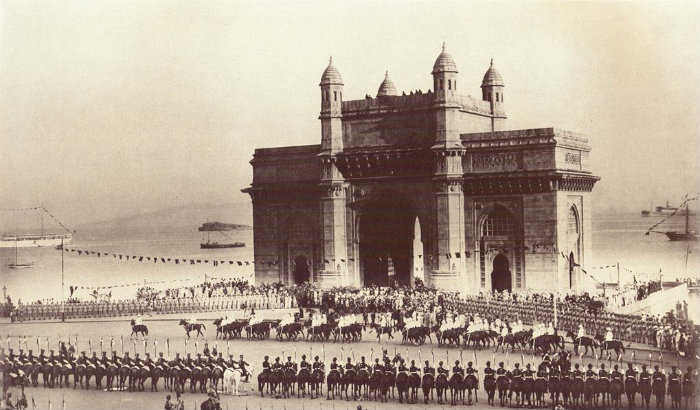 Knowing the lifeline of the Dreamers

“Ae Dil Hai Mushkil Jeena yahan Zara hatke, Zara bachke, ye hai Bombay Meri Jaan.” The resilient life in Mumbai got its apt score from this song but as they say, dreams are not always rosy-cheeked so all is worth it. If I say succinctly, Mumbai is an ever-happening experience and an ode to the myriad of dreams amid the craziness which the city embraces.

But when you walk down on the streets of South Mumbai, you see a new chapter which enfolds the history and a never-say-die ethos. The old buildings standing forth from 18th and early 19th century along with tiled pavements encapsulate time before your eyes. You may even take a heritage walk which may include one of its kind Asiatic Society Library, (yes, the one which has one of the two original copies of Dante’s Divine Comedy, the book for which Mussolini offered one million pounds in 1930!), University clock tower, Flora Fountain Circle that resembles to London’s Piccadilly Circus, Gateway of India and the Taj Mahal Hotel. I believe stories are best discovered on foot and this is the best part of this walk, you know, explore and time travel. 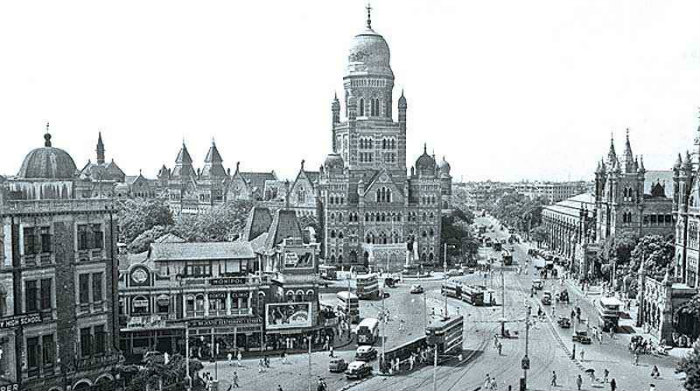 Some facts are hard to believe and so is the fact which says Mumbai was nothing but seven islands Colaba, Mazagaon, Mahim, Parel, Bombay Island, Worli and Old Woman’s Island which were parted with swamps and were dangerous to live in. (I still cannot believe this! #HometownLove) Once under the empire of Ashoka the great, then, after changing few more hands, sovereignty of these seven islands went under Portuguese in 1534. This was the turning point, as, Portuguese established a trading centre here and named the group of islands as Bom Bahia that meant good bay. This brought fortune and this trading place started growing with tradeoffs like cotton, chintz, muslin, onyx, rice, silk and tobacco. They even set up a warehouse, hermitage, a shipbuilding yard and a fort by 1626. But please don’t start assuming that Portugal developed the shades of present Mumbai. Hold On! #JSYK, Englishmen were also in no picture by then, though few English raiders attacked, but, they just ended up burning buildings and ships. 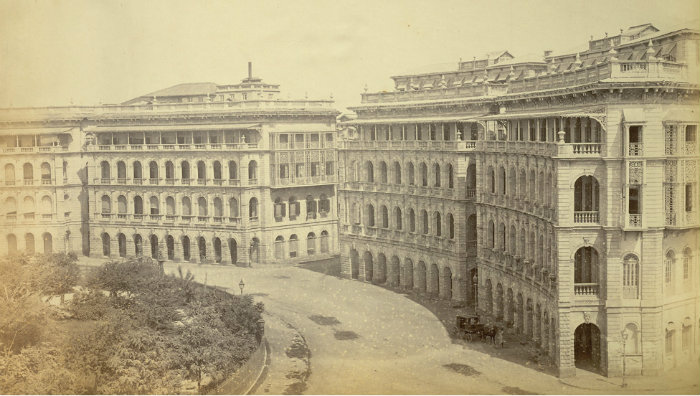 The chronicles of the seven islands would be hard to depict in photos but even way after, the old Bombay looks contrastive to the present   Image Source

Would you believe it, that the canvas of present Mumbai was actually a dowry? Yup, you read it right!  Unbelievable though! In 1662, when the Portuguese Princess Infanta Catharina Braganza was married to English King Charles II, along with several luxuries, Portuguese territory of Bom Bahia was given to the groom as dowry. King Charles II leased this territory to East India Company for 10 pounds of gold annually. Then, Bom Bahia became Bombay (All thanks to English pronunciation), trades and factories were extended, swamps were filled to make it one piece of land and the rest is history.

I just wonder, when in 1853, first Indian Railway was commenced between Bombay to Thane, nobody would have thought that it would lay the foundation of metro and become the lifeline of the people living here. For me, there are few essentials of Mumbai, like visiting Bandra and watching the timeless love of the sea and the shore, shopping from Chor Bazaar and travelling in Mumbai Local. I know this is unfair to tether this grandeur city with three bolts but to know it all you have to visit it. Some surprises are best kept!