Have you written your name on sand? I don’t know how the beach allures all of us that at some point in time we all have tried writing or drawing on the sand. Isn’t it strange? You know that soon waves will come and wipe out all your emotions which you had delineated but you keep the work on and don’t get sad when it goes missing. But when this happens in our life you know how annoying it becomes though our life is temporary too.  This is the reason I travel; sailing my boat to different destinations. Yes, people do say me, “Aise toh tum kabhi settle nahi ho paoge”. Then I feel should I answer them that I have seen the relics of a civilization settled in a place which was fit to fight all the odds of nature but now what remains are stones. I think it is the time I tell about Dholavira – A facet of ancient wisdom and enlighten your thoughts.

Discovering the civilization which is vacuumed to extinction

Rann of Kutch in Gujarat brings along some great memories with it. Like the earphone cable always get tangled when you take it out of your bag, whenever I think of this hypnotic white shimmering desert I find my memory tangled with Dholavira. As I remember, when I was driving to Dholavira with my cousins, though the sight was amazing but the heat haze in this desert made us half-feared but my longing to reconnoitre a facet of ancient wisdom kept us going.

When I reached the 5000-year-old archaeological site, I felt a unique stimulation in my mind and got transported into some other world instantly. We always assume that we know more than our ancestors but Dholavira’s remnants contradict this completely. Spread over 250 acres of excavated area, it is among the five largest Harappan cities and was full of life for 1,200 years. The sense of town planning which this city had made it a metropolis ahead of its time. Dholavira is divided into three parts, the upper town-the citadel which is believed to be the ruler’s area with majestic mansions, the middle town for tradesmen and the lower town for the Potters and the farmers.

This maze looking city relics have a story to tell – Discover Dholavira, A Facet Of Ancient Wisdom – Image Source

The most exceptional part of this town of Harappan culture is that it is made with stones and not the bricks like in other cities. And what I am going to tell you next will leave your mouth agape. Can you imagine the city was surrounded by water reservoirs which stored around 3,25,000 cubic yards of water? I think we still fall behind; they harnessed water from two rivulets and it was then filtered and diverted to the step wells and for other usages. Rainwater reservation which only a few of us implement they had the complete process to store the rain water. That means they were fully equipped to face the extremes of nature. Whoa! This makes me think that from where they got such precision and this actually proves that Dholavira was a facet of ancient wisdom.

Until Dholavira was excavated it was believed that Greek and Roman theatres/amphitheatres were the oldest in the world which dated back 2500 to 3000 years. One of the two old stadium/amphitheatres of Dholavira happens to spread across 1,60,000 square feet and had a seating capacity of 10,000 people. I ponder what sources of entertainment were there during that time, was it the bullfight or the dance programs or Drama? I am sure better than today’s time. I can say this seeing their excellence in every virtue. Even the superbly cut circular base of pillars left me in awe with their perfect finish. I wonder did they have machinery too. 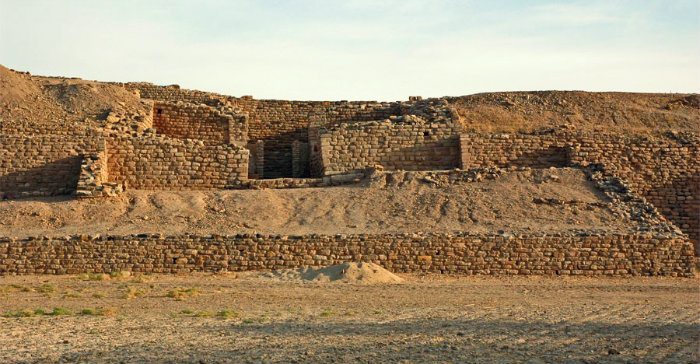 Stadium which has witnessed many celebrations of vigour and happiness 5000yrs ago awaiting to share some interesting moments. Explore Dholavira – A facet of ancient wisdom –           Image Source

When entering the museum on the site the beads jewellery, human and animals terracotta figures, decorative motifs, copper and bronze articles, fines tools and amazing seals, yet again prove that Dholavira is a facet of ancient wisdom.

Dholavira’s people are believed to be the trailblazers in coastal disaster. They seem to be conscious of tsunami and storms. Maybe that is the reason they had built a 14-18-metre-thick stone wall. But see the irony, it is said that tsunami took over this lively town and injected them into oblivion. Well, these are just estimations of archaeologists, no one exactly knows what happened. Some researchers even say that they migrated east but I feel why would they leave a town which had all the amenities? I just wish somebody could decode the inscriptions on the signboard which was found here, then, maybe some answers could have been deciphered. The Sherlock homes inside me even did a try but miserably failed. 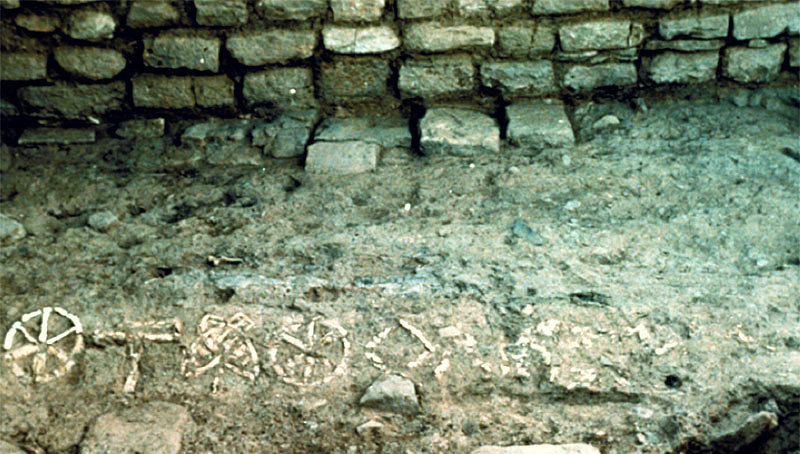 Returning back to the rhythm of Kutch I remembered the words of Mark Twain, “Our most valuable and most instructive materials in the history of man are treasured in India only”, I would say Dholavira may seem to be a town in deep slumber but it is you and me who needs to be awakened and discover the insight.