How do we pronounce 67 in Hindi? If you took more than a second or if you are still thinking then I must tell you that most of us sail in the same boat as yours. In fact, for many counting in Hindi even till fifty would be an uphill battle and the most burlesque part is that they feel pride in not knowing Hindi count and even Indian traditions. I feel, being the part of a country which is rich in culture, traditions and history; nothing should baffle you in having the sense of worth as Indian. Otherwise, don’t you think we are hypocrites? If you travel around you would know almost every historical place tells a story which will make you august about being born here. I too am going to narrate you one such fable of Chittorgarh Fort – Valour Of Rajputs, which would make you salute the valor of the ladies who were born in our mighty land.

With the mention of Rajasthan, my mind gets dressed up with the thoughts in the hue of rousing traditions, royal hospitality and surreal beauty as a result of the synergy of man-made grandeur architectures on the backdrop of mesmerizing nature. In this magnificent state, 112 kilometers away from Udaipur stands the Chittorgarh Fort with an epic of Valour Of Rajputs, peering from an elevated slope of Ganbheri River. The wall of this grand fort embraces 700 acres of land which along with its seven doors, four palaces, nineteen temples and lakes, also holds the tale of bravery and courage of Rana Rajputs. You must be thinking what is so intriguing about this grand fort and its allegory which sets it apart from other legendary places. Just compose yourself because you will have recesses of heart knowing the fact. 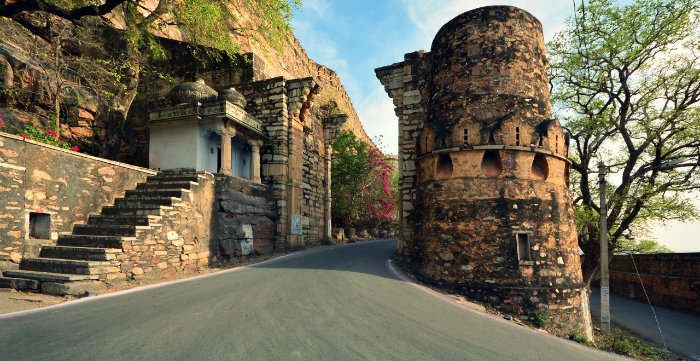 Taking you around 700 years back in 1303, when the peerless beauty of Queen of Chittorgarh, Rani Padmini was talked of all over India. Allaudin Khilji, Sultan of Delhi during that time was so much stirred up by the beauty fables of the queen that he decides to come to Chittor and abduct her. But when he came to Chittorgarh fort with his army he was not able to break through the seven doors so he sent a messenger to Rana Ratan Singh with a request to see his wife. Now tell me who would have allowed that? But as it is said What cannot be cured, must be endured so with a standing army outside the fort Rana Ratan Singh could not completely deny. He allowed Allaudin Khilji to see Queen Padmini through a reflection on a mirror in the palace opposite to Jal Mahal while she would sit on the stairs of Jal Mahal.

This gesture was like, “aag ko hawa dena” and thus when Rana Ratan Singh went to see off Allaudin Khilji out of the seven doors he was captured. Now for forbidding the life of the Rajput King, the Mughal Emperor demanded Padmini. In answer to this, the queen sent a group of men clad in woman’s attire to rescue the King. Though the King was rescued but as the secret got revealed the battle broke. The army men with Allaudin Khilji were in huge number which trounced the Rajput army and the King. Thus Queen Padmini along with 1300 other ladies of Chittor conducted Jauhar, that is, burnt them alive in lieu of falling in enemy’s hands.

Jauhar Kund, the reminisce of the great Jauhars reflecting the valour of Rajputs – Image Source

Isn’t it spine-chilling? When you go to the Chittorgarh Fort try to sense the vibes of valour of Rajputs, you would feel apart from the ruins even the air is buzzing the tale all over again. The Jal Mahal which is also known as Rani Padmini Palace and Rana Kumbha Palace where the courageous female performed Jauhar will somehow leave you agape. And to shake your heart, even more, let me tell you that history repeated once again and 8th March 1535 when the mass Jauhar happened once again with the attack of Bahadur Shah of Gujarat.

If you thought that this is the only chronicle which made me call Chittorgarh Fort “valour of Rajputs”, then you will be further amazed to know that Meera Bai devotee of Shri Krishna lived here. She was tied in wedlock with the eldest son of Rana Sanga of Chittor, Prince Bhojraj. Among the various exquisite temples with beautiful carvings is Kumbh Shyam Temple where this mystical sage sang for Lord Krishna. Isn’t it just marvellous to experience the things which we had learnt in our schools? Just to awake a devote inside you visit Sammidheshwara Temple, Meerabai Temple, Jain Temple, Kalika Mata temple and Neelkanth Mahadev Temple as well as Gaumukh Bawli, would be mesmerizing.

How about seeing the Chittorgarh fort from heaven? Overlooking from the balconies of Kirti Stambh and Vijay Stambh will be an experience which is unparalleled. Even if you are terrified to climb 122 feet via the cramped staircase of Vijay Stambh then watching the people doing so will certainly inspire you. The beautiful work on these towers of fame also needs to be applauded. 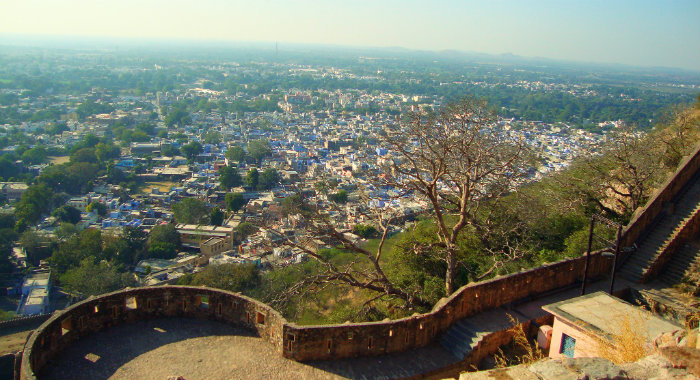 Standing assertively from 7th Century Chittorgarh fort has been reciting many courage hymns sometimes in the forms of battle, some time for self-esteem and some time for following the faith against all odds. Your bucket list needs to add-on Chittorgarh Fort as the next destination. And yes, how you get stupefied by this UNESCO World Heritage Site is again a tale which I would love to know.

How to reach Chittorgarh