I feel nothing can beat the train ride. Leaving the houses, fields, trees, river and empty lands, as the train moves in a rhetoric and dramatic way taking odd stops and bombarding people, is also a kind of beauty to watch. And when the train journey is long and peppered with unheard stories and experiences, it becomes the part of the destination. You know the tales about Tansen enlightening uncountable lamps and turning clouds in his favour with Raag Deepak and Raag Megh Malhar were only like child fantasies, until, I heard the accounts of Tansen on a train ride to the city of music, Gwalior.  Every story was making me more inquisitive and I even thought to try the leaves of tamarind tree near Tansen’s tomb which is believed to sweeten the voice after reaching the city. But then, the fables took a turn towards an eternal epic, Gwalior fort in Madhya Pradesh and wanderer within me was enlivened.

Standing in one of the corridors and gazing the city would be such a phenomenal experience to have. Image Source

The legend behind the name

Rising 300 feet high, Gwalior fort steals your heeding as you step out of the station of Gwalior. The alleys of Gwalior reflect medieval India with carvings of Elephants and sculptures but it only seems like pulchritude before the intrinsic saga of Gwalior fort. As per the legend, the fort came into being when in the 3rd century King Suraj Sen’s leprosy was cured by Sage Gwalipa, he built a fort and named it Gwalior as the homage to the Saint. There is an interesting context even to this small version which you may feel is quite cinematic. The honoured Saint bequeathed the title of ‘Pal’ to the King and blessed him that until he holds this title he would rule the fort. This came to be true but as there is a rebel in every lot, the 84th inheritor dropped the title Pal and called himself Tej Karan then you know what must have happened. Yes, the sovereignty slipped from his hands. I think I also need a title!

When in 1398 the fort came into possession of Tomars the fort started adding grandeur. Then, Raja Man Singh Tomar who is believed to be the aficionado of art and music, commissioned the finest monuments in the fort, making it an imposing marvel of architecture. Amongst which Man Singh Palace is like falling in love with the first sight for any traveller and history lover. The intriguing extrinsic tilework which is quirkily decorated with carvings and mosaics of royal animals is definitely a mesmerizing sight. You would be left agape seeing the hidden speaking tubes (Aka telephone connections) in the underground floors of this four-story palace. The clever designing to lit up and keep the two underground floors air conditioned is again an astonishing aspect. I feel someday I would use this technique in my house and ditch the polluting air-conditioners (Oops, somebody behind my back said ‘In Your Dreams’!) #Milkshake Duck 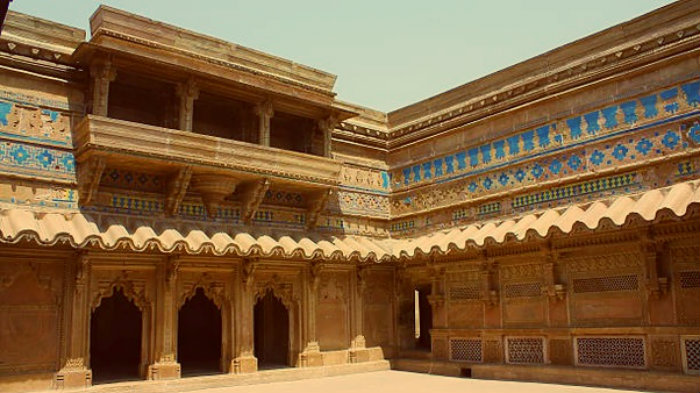 Though the Gwalior Fort underwent many interior and exterior changes along with its different rulers, its magnificence is untempered. Image Source

The story of Man Singh Tomar doesn’t end with the grand architectures only, he also has an awe-inspiring love story that ended up in woes. It was on the hunting spree when Raja Man Singh Tomar fell in love with a Gujjari girl, named Ninni who as per hearsay was hunting a wild buffalo. The charm of her gazelle eyes, courage and beauty was such that the King proposed her to be her queen. But she was not any tractable girl, she tossed him with three conditions in reply, viz. 1. Equal status like the other queens and she would not do any purdah 2. A separate palace to reside with constant supply of river Rai 3. She would accompany him wherever he goes which included the battleground. Gosh! That is a tough list, especially the third one. What do you say? 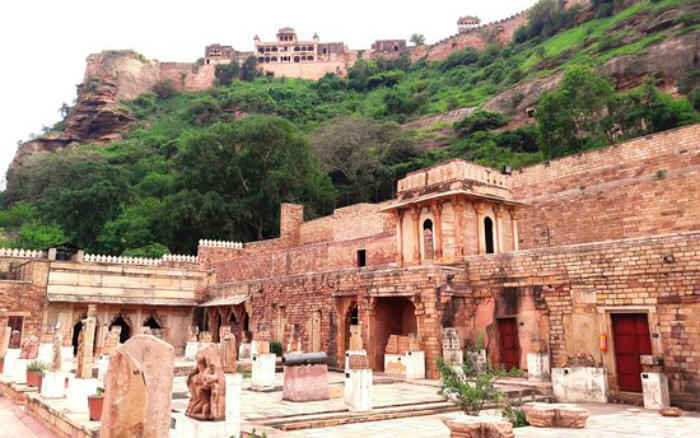 On the foothills of Gwalior Fort, the abode of Raja Man Singh’s beloved, Gujjari Mahal continues to mesmerize its visitors with the antiques amassed in this beautiful museum. Image Source

The brave King Man Singh Tomar accepted all the conditions and made her the ninth wife. He built Gujjari Mahal for her in the foothills of the fort as the river water could not be hauled uphill. He named her Mrignayani for her adorably expressive eyes. While Raja Man Singh was already renowned as music devotee, Queen Mrignayani shared the same love so they were like an ultimate soulmate. But what do you think in a love story can things go so smoothly? Common, we are Bollywood people it’s easy for you to guess.

End of the Magnificent Epoch

Some people believe that the separate palace of Queen Mrignayani was made as she was of lower caste and was not allowed to live with the Royals under the same roof.  Some even speculate that the fathers of his eight wives were upset with this marriage and had pulled back their aid. Islamic ruler Ibrahim Lodhi took advantage of this time and defeated King Man Singh.  Whatever the definite reason was but sadly all the glory ended in gloom. Raja Man Singh died and his eight wives committed Jauhar by jumping into the pit of fire. You must be thinking what happened with Queen Mrignayani then? So, as per the locals, she returned to her tribe and her sons were known as Tongars. I think Sanjay Leela Bhansali got the content for his next period film!

Crowning Gopalachal hills, Gwalior fort has so many tales tangled with it that it is hard for me to stop. On one hand, the brutal stories of assassinations of Akbar’s cousin Kamran and Aurangzeb’s cousins Suleiman and Sepher still echo within the walls of the fort. On other, the fable of fearless Jhansi ki Rani reverberates and the point from where she jumped and ended her life with dignity just make you blue. Then the glorious temples have another saga altogether. Touching the skyline, Teli ka Mandir, a striking Dravidian architecture temple, will not only impress you with its beauty but its history will instigate pride. Adding on to the galore, Chaturbhuja Temple in Gwalior Fort has the proof of the oldest zero that is marked in equality to other numbers. 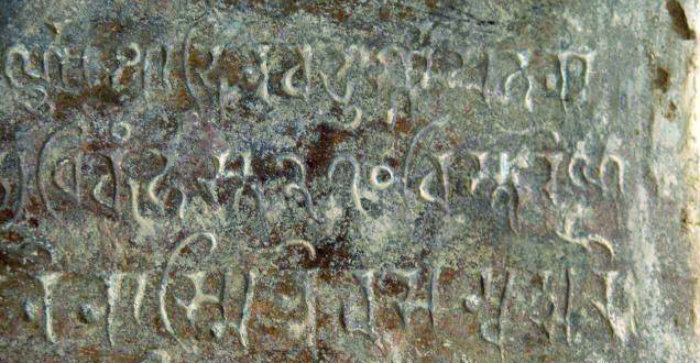 We know that oldest zero is invented in India and those who don’t agree to it, bring them to the Gwalior Fort. Image Source

Whoop! The heart of Gwalior, Gwalior Fort is certainly a feast for the travellers and history buffs. Statistically, maybe Gwalior Fort has six palaces, three temples and multiple water tanks but the stories that resound here can certainly make you travel again and again. Just to woo your wanderer heart more, the light and sound show, organized in evenings in the Gwalior Fort will make you escape into the trance of the bygone era as the Fort tells its own legend. So pack your bags and be ready to live the history.