Sometimes I just wonder what if Dinosaurs were still alive? Maybe life would have been like one of the dinosaur movies but that is just a fictional interpretation. Scientist estimate that meteorite wiped out the dinosaurs and most of the land-based animals. Just imagine if that meteorite would not have collided? Then what, humans would have done the job. Is it not ironical, that the turtles which have been living on earth from over 600 million years ago, that is, much before the dinosaurs got perished, are on the verge of extinction because of us? It is heartbreaking but nothing is too late to start. And maybe the people of Velas village understand this, that is why they have been conserving turtle eggs each year. This year again the celebration is on the move at Velas Beach – The home of turtle festival so let’s traverse virtually to add one more destination to your #bucket list.

However far the sea maybe I will reach- Velas Beach, Home of Turtle Festival. Image Source

Survival of the fittest

Endowed with the coastline of 720 kilometres, Maharashtra has been sealing many memories on the seaside. Falling on this majestic stretch, when you reach Velas in Ratnagiri district, Konkan, you realize that one of the most magical moment has been waiting to be the part of your memoirs. All thanks to the villagers of Velas and an NGO who protect the eggs of Olive Ridley Turtles by creating an artificial nest near the shore. You would not believe that these turtles never meet their parents in their lifetime. No, that is not any human’s fault. Around winters, Mother turtle comes, lays around 100 eggs, enshrouds them in the sand and goes back to join the sea. She never comes back to see them again. Isn’t it grievous? The laws of nature are really strange sometimes! 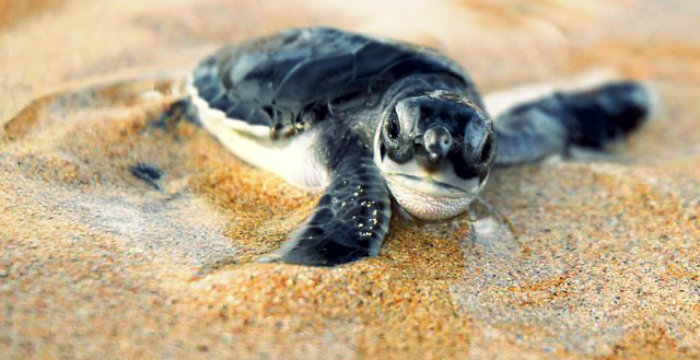 And you say your life is tough!  Image Source

The Shiny black Sand tracing the journey of thousands

The blend of emotions which arise when you see the turtles coming out of their hatchlings and making their way to the sea is very bemusing. You are full aww, happiness and a little bit of anxiety too. Because seeing the distance the little ones have to travel and the effort which they put, always keep you wanting to help them to join the ether of their birth. It is so awesomely inspiring and heart-touching. Your eyes join the trip of one turtle, then another, then another, the trance is just unstoppable. The time bracket for release which is 7 AM to 7:30 AM and 6 PM to 6:30 PM feels like a wink when you watch baby turtles joining the sea. The cute little Olive Ridley turtles make Velas beach truly the home of Turtle Festival and the most enchanting festival you would have ever been. 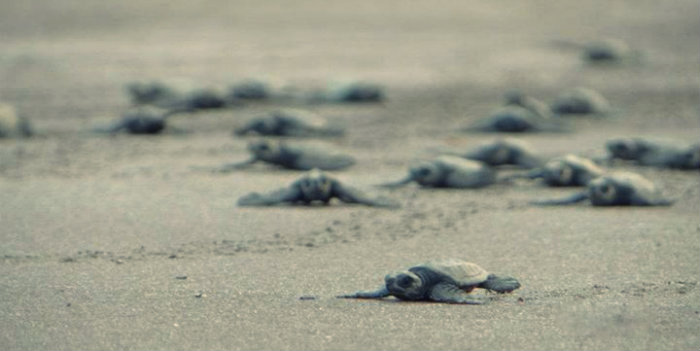 How do these cute little turtles know that they have to move towards the sea? Image Source

Vacation of its own kind

Apart from falling in love with the baby turtles and intriguing a new fascination in life, Velas knows how to bequeath simplicity in your life. Living in the homestays, eating simple Konkan food, spotting some uncommon bird species like White Bellied Sea Eagle, Indian Swiftlet and White Backed Vulture along with soaking the lost self back; Velas is certainly a destination where you would love to have affair with your own solitude. And if you want more than the rustic scores of the village then a trip to nearby Bankot fort and Harihareshwar Temple can also be made the part of your unforgettable journey. 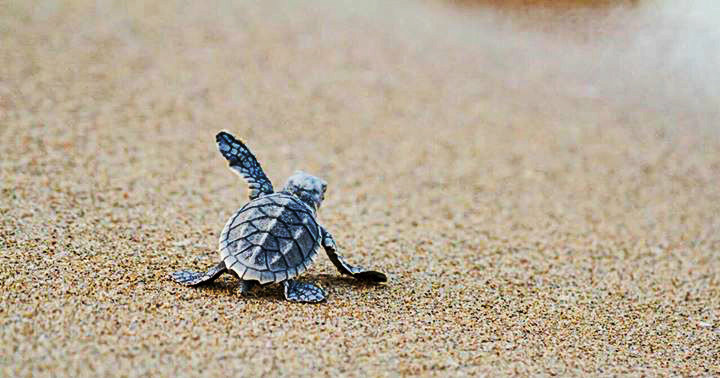 Velas Beach being the home of turtle festival celebrates this fiesta between the months of February and April. The carnival is on and to behold the birth of one of the oldest and most primitive reptile on this globe, turtles, all you have to do is pack your bags and witness a truly unconventional festival.