Coming back from work when I switch on the television jumping off from channel to channel like a brook which keeps on flowing from mountains to the plateau to flat lands.  This was my story until I just got hooked by the words which sizzled with mystery. Just imagine a screenplay showing beautiful sculptures and mighty fort while the words said, “Pathar hai yahan par yeh khandahar nahin, kisse hain yahan kai par kahani koi nahin, gaye sab isko chod par yeh yahin thami rahi”. I was bowled over and finally, the brook met the ocean. Like everybody else, I too travelled along the length and breadth of the country with my friends and family until I realised what my inner quench was. But how exactly a vacationist became a person besotted by the wanderlust and how I got inspired to travel, has some interesting annexures. 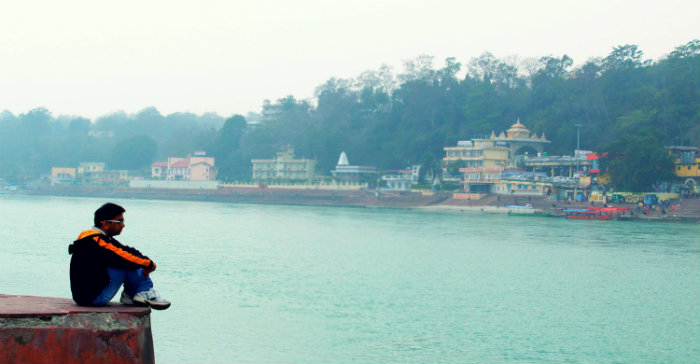 Oh! How I did not know this world before which was ready to embrace me with its serenity

The history book in school though told us many stories but it was more like applying GST to the overpriced intelligence which was required to decipher what was in there. I still remember how history exam baffled me to an extent that remembering Babur’s son was Humayun and he was preceded by Akbar became the toughest job on earth. I didn’t know then that the same history could excite me so much that travelling to the places with hidden stories would become the elixir of my life. When in Sanrachna one of the prime series of Epic channel show cased how the shaking minarets at Sidi Bashir mosque in Ahmedabad vibrate with even with a normal push, triggered an enthusiasm in me to actually visit the place and feel the unfathomable vibration myself. While this is only a glimpse of how I got inspired to travel, there are so many remarkable series on this first segmented channel focusing on History and Mythology of our country.

Where the history echoes its story

It is said, “The worst feeling isn’t being lonely but it’s being forgotten by someone you would never forget”. If historical buildings could come alive this would be the first thought they will share. Isn’t it strange that many of Indian forts, palaces, cities and religious places which were bustling with wealth, good luck, providence and magnificence were all of a sudden abandoned? For example, one of the most remarkable buildings of Leh that is its palace which was the pride of the Leh Empire and now it stands jilted. What must have happened? Did you get curious to find out and visit the place? Same happened with me every time when I see Ekaant series and whenever I get a long weekend I travelled to blow the gaffs myself and to calm my excitement which tingled down my spine. Now you can understand how I got inspired to travel to the deserted places like Dholavira and Lakhpat fort. After seeing the untold stories in this series with unsurpassable narration and equally eccentric virtual presentation, exploring it yourself has its own charm and I cannot explain to you how beguiling it was.

In search of great flavour of our Culture

Did you ever wish that you should have born 200 to 300 years before? Then you should certainly see the Lost Recipes on Epic Channel which will taunt your taste buds in such a way that either you would land up in your kitchen to relive the history or just wish to travel to the place and taste the sensational rustic recipe like I always end up doing. I feel food itself is an anecdote of the culture and the era it belonged. The delectable gastronomies which involved hardships and hours of preparation are somehow left behind with impressions only with few people. So the inquisitiveness to eat those unmatchable recipes gives you an unmatchable reason to travel to the place. Now you know how travelling can lead into scrumptious treats and also one more reason justifying how I got inspired to travel. One thing more, do not underestimate this series to be cook show, you would be smitten by the bygone era’s non-technical gastronomy.

Italian, American or European I have lost appetite for all those since I have watched this series – Video Source

All Myths have a legend behind

How many of you automatically lend your ears to the conversation where the story starts with, “Kaha jata hai”. Well, I cannot stop listening to these stories and you know people are the only source for knowing these mystical folklores. Kahi Suni is one such series which satisfies your quench for these stories and divulges the fact that travel is not only about reaching the destinations but also for getting a wider perspective. St Augustine had said, “The world is a book and those who do not travel read only one page” but I would say if you do not know the enigmatic stories then you are just flipping the pages. Giving me a new dimension to the reasons of how I got inspired to travel, this show tells such tales for which although there is no written validation but still the aura which the place beholds tell you that it is true. The phenomenal research just instigate the travel worms in me to feel furtive as told in legends.

Mano ya na maano – All myths have some reality – Video Source

Do you remember how our grandparents kept us hooked in their stories? Now as we have grown up those stories do not entice us anymore but still, we miss those special moments. But now with the epic channel, you will be enamoured of with stories and history all over again.

The hidden stories, the forgotten tales and superbly engineered historical architecture somehow intrigued me to pack my bags and hit the road. I bet how I got inspired to travel, you will be also besotted with the same wanderlust. And before you get addicted to the channel, I warn you these extraordinary series will bind you to go head over heels with Epic.