In India there are many marvelous travel destinations which are way beyond our imagination and the stories related to them are even more interesting. Did you know Champaner is also known as university of architecture? Similarly there are many heritage site in India which every Indian and foreign traveler needs to visit.

India is blessed with a fabulous topography, history and culture, which makes it the most appropriate country to visit for travel and tourism. It has many hidden jewels which are termed as the UNESCO world heritage site in India and are less known to tourist.

Following are few of the many heritage sites in India which have received laurels from the UNESCO.

1) Kaziranga Wildlife Sanctuary – Kaziranga sanctary is a heaven on earth for all the animal lovers and wild life photographer. It a home for 2/3 population 1 horned Rhino’s which are now endangered species. There are many such species which are not much known.

Just recently the Kazirange Wildlife Sanctuary was visited by the Duke and Duchess of Cambridge when they were on their tour to India. They absolutely loved the sanctuary which is famous for its one-horned Rhinoceroses. Apart from just Rhinos, the sanctuary also is a habitat to other wild animals such as Tigers, Panthers and Bears. This UNESCO world heritage site in India lies in the eastern state of India, Assam.

2) Champaner-Pavagadh Archaeological Park– Yes, Champaner is certainly know as university of architecture. It was an original capital of Gujarat in 14th century and it serves an excellent example of urban town planning. Champaner – Pavagadh Archaeological Park indeed has loads for its tourist and travellers visiting this place round the year. It includes everything from religious places such as the temple, mosques, fortress, agricultural buildings and remarkable scenery. The remains and the ruins of the hill fortress is majestic which lays back to the 8th to 14th centuries. 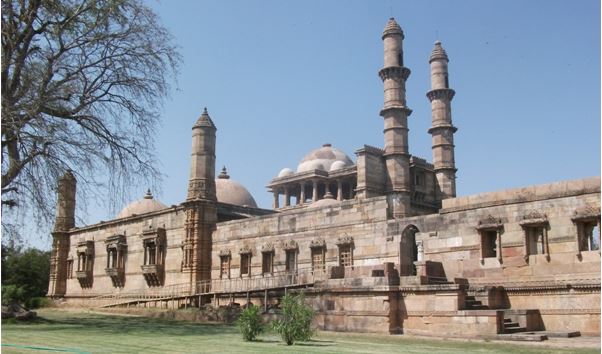 3) Khajuraho Group of Monuments – When we speak of Kahjurao temples first thing which comes to our mind is that Khajuraho temples are one of those temples in India which one should avoid going with family. These temples are perfect example of people of medieval India were way ahead of their time. The beautiful erotic carvings reveals the dominant role of women in Indian society. The state of Madhya Pradesh is the home to the Khajuraho Group of Monuments which were built during the Chandella dynasty. The temples depict Hindu mythology and Jainism teachings. The architecture of the temples is mind blowing. The sculptures are majestic and tell a tale of the Hindu mythology. The temples stretched its apex between 950 and 1050 which today are a part of the UNESCO world heritage site in India. 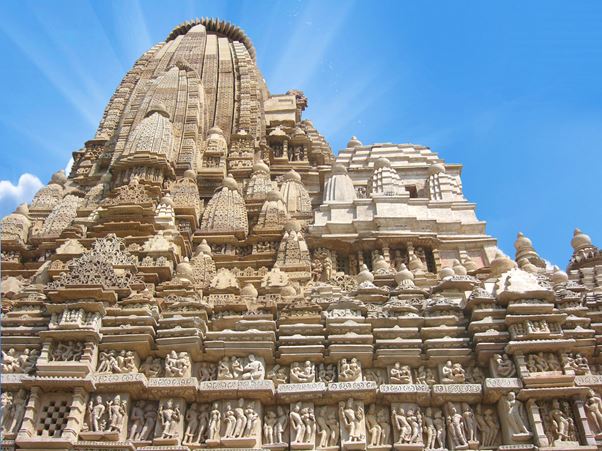 4) Mountain Railways of India– We all love travelling to hill stations on a vacation. Enjoy its pleasant climate, fresh air, healthy food etc. But without a mountain railway ride, also known as a toy train ride the vacation remains incomplete. The mountain railways are the result of the state of the art engineering skills. The mountain railways consist of 3 railways namely Darjeeling Himalayan Railway designed for effective transportation in the mountain ranges, the Nilgiri Mountain Railway which is a single track meter gauge in Tamil Nadu, The Kalka – Shimla Railway also known as the toy train which is slow but guarantees a majestic and a scenic ride to Shimla.

6) The Sundarbans – The Sundarbans forest is yet another marvel which rest on the delta of Ganges, Brahmaputra and Meghna rivers on the Bay of Bengal. The site is interconnected by a multifaceted linkage of tidal watercourses, mudflats and tiny islands of salt-tolerant lush green flora and offers a brilliant specimen of continuing biological progressions. Sundarban is famous for its extensive variety of fauna, which includes various species of bird, animals and vegetation.

7) The Kaas Plateau – The Kaas Plateau is situated near the Satara in the state of Maharashtra. Nestled in the clam and majestic Western Ghat is a part of UNESCO World Heritage Site. The overwhelming bloom of different species of wild flowers is truly majestic to see in the month of August and September. Out of 850 species of plants which are found in the Kaas Plateau, orchids and Drosera Indica are few of the most beautiful flowers. The Kaas Plateau which is located at an altitude of 1200 meters is definitely a site to visit.

These entire destinations itself inspires everyone to travel & experience its uniqueness, beauty, adventure and vibrancy. It has so much for all type of travelers and calls for an ultimate experience.

It’s definitely a proud feeling to see that so many Indians destinations and heritage sites are a part of UNESCO which is adored by many from all over the world. This makes us proud of our country and its vast diverse culture and topography.